Who could have guessed that wine would ever become a digital experience?

Whether you want to enjoy a relaxing evening of trivia games with your group of friends or prepare a dinner date with that special someone, the right choice of wine can make all the difference. And Vivino App is there to help you pick just the right wine to complement your meal and a good company. With Vivino, you’ve got the world’s biggest wine database at your fingertips that not only lets you browse the extensive choice of wine options but takes your previous experience and preferences into consideration to suggest you your next wine adventure.

Vivino first started out over a decade ago as just a vision. The creators Heini Zachariassen and Theis Søndergaard weren’t wine experts in any way, shape or form. Vivino was something created for ordinary people and by ordinary people. It started out and still is a place where wine enthusiasts can bond over their love for good wine. And although the people behind the company may not have known much about wine, they had a big vision for an app that would soon revolutionize the wine market across the world.

Vivino coming into the spotlight

A great deal of work was done before even the official launch of the company in 2010. The team developed a website with basic functionality allowing users to upload pictures of wine and leave reviews. The development team initially uploaded 5000 photos to the database to get the website going and encourage other users to do the same, even running contests of who’d upload the most pictures and presenting the winner with a corkscrew. The website quickly went on the rise and in 2014 would receive up to 250 000 pictures of wine per day from users from all around the world.

Vivino App was launched in 2011 and immediately started garnering attention. With a massive database in your pocket, it was as easy as ever to pick a bottle of wine while doing your regular shopping at the supermarket. The app was steadily growing in popularity and evolving. Every new picture meant more valuable information about the wine, what the users liked or preferred. A more extensive database allowed the development team to add new functionality and features, and eventually an online marketplace that is currently operating in 14 countries.

It’s fair to say that Vivino app is the go-to choice of a wine app. It’s being featured in the app store as the App of the Day or Editor’s choice time and time again. Like this Valentine’s Day, when Vivino App garnered this recognition in 95 countries.

In 2013 Vivino got its first big investment and, after some consideration, it was decided to bring together a team in Lviv and get Symphony Solutions on board as the company’s primary software development contractor.

Symphony Solutions’ development team works on adding new features into the Vivino app, such as backend and frontend, database modeling, as well as integrations with new services. All the while, current data pipelines and processes are being supported to ensure that the app works without a hitch, delivering value to users at all times. As the app grows, its performance and response times need to be improving as well. And then there’s the yearly busy season when the app is experiencing high load for Christmas and New Year’s. Our engineering team is refining the Vivino app in preparation, mainly within our cloud native development services, to ensure that the app works at its highest performance and Vivino users don’t experience any inconveniences.

The Vivino development team is dedicated to delivering high-quality code, testing and fine-tuning the app, covering all steps of the development process. This way, Vivino users get to enjoy a great and functional app.

Symphony Solutions Vivino team is located in Lviv office, Ukraine. Tightly knit together and dedicated to the cause, Vivino guys are working hard on making the best wine app possible.

Vivino app is available for download in the app store and has over 45 million users worldwide. The biggest share of the market is in the United States, with around 9 million users. France, Brazil and Italy are caught up in a race for the second and third places with 3.7, 3.4 and 3.3 million users respectively. It’s easy to tell from the stats that Vivino app is well received all around the world, with the majority of its users comprising the US and Europe.

Vivino app is available in 15 different languages with more being added as the market share grows in other countries.

Vivino database has more than 1470 grapes, the most popular based on the number of wines in the database being Cabernet Sauvignon, Chardonnay, and Pinot Noir – all originally from France. The app offers its users an exquisite choice of 12 162 845 wines across 227 174 wineries in 3199 wine regions. Vivino’s home-grown wine connoisseurs have rated almost every wine you can think of from every corner of the world, except for maybe Antarctica.

Vivino opens up a whole world of delectable wines from budget-friendly to outrageously expensive. Whether you’ve got the taste buds of Antonio Galloni or the palate of a five-year-old, they’ve got you covered.

What makes it even better is that the soul and driving force of the app are the people using it. After all, it is a rating app, so it’s all about people sharing their piece of mind, recommending wine, and discovering new brands and tastes.

The people have spoken and thus, since 2016, Vivino has been celebrating the best wines of the year with Vivino Wine Style Awards. Top ten highest rated wines are chosen across the most unique wine style categories sorted by country, some of them being Bordeaux Pomerol, Chilean Cabernet Sauvignon, Tuscan Red, Uruguay Tannat, Italian Barbaresco, Austrian Zweigelt, and many more.

Vivino Wine Style Awards showcase the latest trends on the market, based solely on the voice of the people. A wine has to get at least 50 reviews in a year prior to get on the list, and those that make it are quite literally top of the crop.

Vivino app: How it works

So, you’ve downloaded the app and set up your account. What’s next? You can use wine-explorer to browse the already existing massive database of wines or start building your own collection using something that is called labelscan. Take a picture of a wine bottle label that you’d like to add to your account or get more information on. An image recognition engine processes the labelscan and compares it with the other pictures in Vivino’s back-end database. Once there’s a match, the app will show you the information about the wine: rating, taste characteristics, price.

The database as it now is, allows for automatic recognition of 97,5% of scanned labels. The rest of the labelscans are handled by the data team who manually match and add the wine to the database. This way around 200-500 new wine labels are added to the database daily.

Vivino app can give you an idea of what kind of wine you’re purchasing as well as the average price for your region. Average prices are collected across retail shops in the region and through feeds. Data is updated regularly, for some merchants twice a day, and usually is no older than three days. The app then shows you the average price of the bottle based on the collected data.

Vivino grades wines on a scale of 1 to 5 which is different from the traditional Robert Parker’s 100-point system that is used for rating wines. This was a deliberate choice to make something that the consumer is already familiar with. A 5-star scale is used to rate hotels, restaurants, stores. It’s the go-to rating system used online for rating business pages, mobile apps in the app store, products on e-commerce websites. However, when it comes to the accuracy of the ratings, the average user rating is perfectly aligned with that of professional critics. The average Vivino rating is 3.6 stars. Anything above that means the wine is good and a rating of 4 stars and more is extremely good.

In 2017 Vivino Market was launched and is now a perk that can be enjoyed in countries with the most activity, while the team is working on adding more locations. This digital marketplace allows merchants and consumers to find one another. Going beyond mere wine recommendations, Vivino now offers its users in select countries to purchase their wine of choice in the app and get it delivered to their home.

If you’re browsing the wine selection and notice a green button next to available wines, you’re lucky to live in one of the 14 countries where Vivino Market is up and running. Go ahead and tap that button! It’s been a long day – get yourself a nice bottle of Chianti.

The dedicated Vivino team makes sure that all orders pass quality control. All the while, the app opens up a sea of opportunities for sellers with an option to target customers in certain locations as well as discover new market possibilities and grow business as a Vivino Merchant Partner.

Today,  Vivino’s  database has a whopping  15 million wines,  61 million users who contribute to 100,000 ratings per day and 20,000 new users who download the app each day. To manage these massive loads of data, Vivino leverages Amazon Web Services (AWS), notably Amazon Redshift to ensure top-notch data analysis so that their team is fully equipped to meet the user’s needs.

It’s also worth mentioning that Vivino recently built artificial intelligence (AI) on top of all their profile and review data.  This allows them to create algorithms that can generate a personalized match score for each user and a matching bottle of wine or more.

The data is the key to Vivino’s business and over the past decade they have continued to innovate and get the best out of their 100% community powered data, making them the biggest wine community in the world.

What’s next for Vivino?

So, what can be next in store for the greatest wine app as viewed by wine lovers around the world? Vivino team is beaming with ideas and is working on delivering exciting new features and functionality with the user in mind.

As the app grows and more and more people join the wine community, Vivino team will be working on localization for the largest audiences and making the marketplace available in even more countries.

One of the major new perks currently being implemented is User Preferences which is partly already available for a “test drive”. The feature lets you create your own personalized Taste Profile based on your previously rated wines, purchases and even pageviews. With enough information gathered, the feature then analyzes your personal likes and dislikes and creates a Preference Profile. It accounts for such wine characteristics as taste, grape, style and type. Then your preferences are analyzed by region and price. As a result of this thorough analysis, you’ll get personal recommendations delivered right to your inbox and notifications. What better way to discover your next favorite?

This is the latest trend with many companies that came about as a way to stay unbiased and let the users make decisions on factors other than objective opinions of a handful of random “critics”. It’s all about that personal touch now, whether it comes to custom products and services or personalized in-app recommendations. 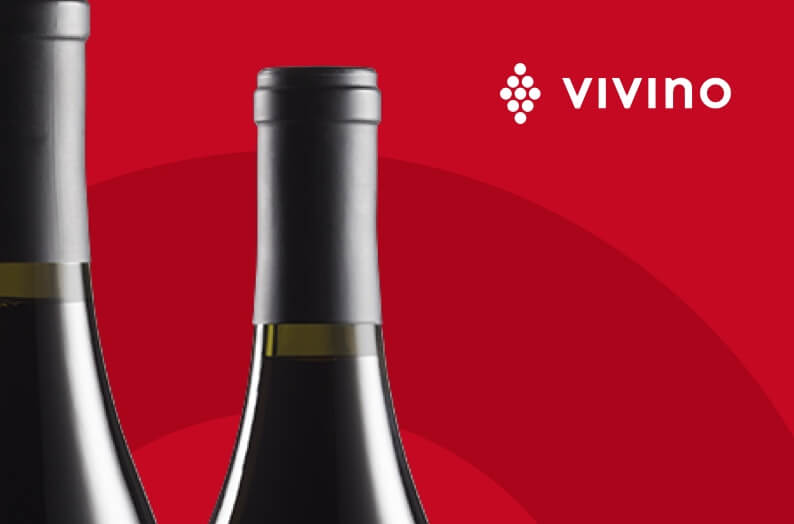 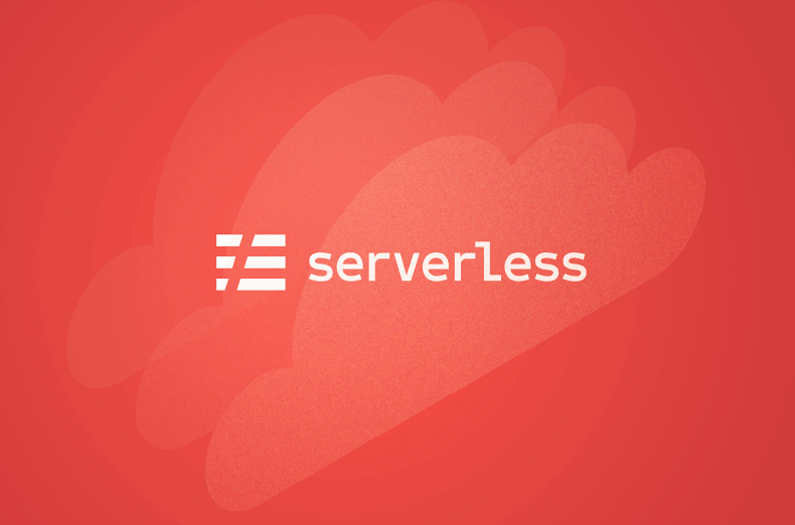 Article
Serverless Architecture: what is it, benefits, databases and how it works