How a Dutchman Opened an IT Business in Ukraine

Companies can have problems changing their mindsets and acting. And a simple change in how they are organized can change the company’s business culture completely. Theo Schnitfink, Founder and CEO of Symphony Solutions, a digital transformation company, tells his story, how he chose Ukraine, and why he is committed to gender balance.

Forbes: Your company operates in the Netherlands, Poland, Macedonia, and Ukraine. Where does this strange geographical combination come from?

Theo Schnitfink: We did not start in all these countries at the same time. When we started 10 years ago, we opened up in the Netherlands, because the company could operate under the auspices of European law. It was more convenient for many of our clients. From the beginning I wanted to work in Ukraine because then it was the simplest of all countries located in this region and outside the European Union.

Today, after the revolution and after the invasion of Russia, it is difficult to say how the political situation will develop there. I wanted to start outside the EU because in those times outsourcing, which we wanted to deal with, was primarily a way for western companies to cut costs. And the costs of employing people in Eastern European markets, as in India, were much lower than in Western European countries. New EU countries, such as the Czech Republic, were then rapidly growing in price. As for the choice of the city, I had only two criteria: it had to have an airport and it had to be a university city. And Lviv met those requirements.

How has the situation in Ukraine changed since then?

I quickly discovered that it was a more corrupt country than it seemed to me at first. Fortunately, we were not selling services to Ukrainian companies.  Our clients were from other countries. We rented an office in Lviv, bought computers and hired people. We had no local clients.  And if we had, the corruption I mentioned could have been more noticeable. We have never even paid a hryvnia in bribes. And everything went along somehow, until the revolution. Maidan concerned some of our clients – some began to delay further orders, which deepened after the Russian invasion of the Crimea.

That’s why your delivery center in Rzeszów opened?

Yes. In this situation, full of uncertainties about what may happen in the east, we opened up our office in Rzeszów. It was very small, but it was close to Lviv and we could assure clients that if the situation escalated, our teams from Lviv could be moved quickly to Rzeszów, in just a few hours. That’s why the office was established. Then we opened up in Skopje. Macedonia is a small country, and big companies do not operate there, so the competition on the market is smaller. Then we launched a branch in Krakow, which happened upon the request of one of our larger clients. They wanted to run one of their centers there and outsource our services to Poland.

Your business is a large spectrum of services. Which one is the most promising?

Of course, we offer a lot of services, and they are complementary. We do not offer one specific solution to clients, we talk with them, and we are always open to perform new services that require technologies and skills that we haven`t used before, if they need them. Most of the services we offer are those that help businesses get through digital transformation. Only we go a bit further in the implementation of the so-called agile philosophy. We train our clients in this area.

“Agile” is a fashionable word for your industry. What does it actually mean to you?

You can explain this term differently. For me, it is a way of acting that assumes a very precise determination of what is going to be done and when we will know that we achieved it. At the level of the company’s operation, this means departing from individual work and its evaluation, in favor of close cooperation among people within smaller groups. Employees of particular departments cooperate closely with each other within individual projects. Teams thus create a balance between a team’s discipline and an individual’s freedom. This translates into a much better mutual understanding of their duties. If it works properly, the members of these teams constructively evaluate each other and, as a consequence, they give up cooperation with people who do not realize their commitments. This is a logical consequence of the fact that if a team does not achieve its goals, it needs to constantly correct itself.

We do not focus on any particular technology, we simply build the best-dedicated teams for our clients.

Why can`t your customers do this themselves?

Of course they can, but it is more difficult because it usually requires a complete change of mindset. This is a change in business culture of the entire company. Mixing our teams with customer teams makes it easier for them to introduce these changes and start working upon the same principles over time. And the whole philosophy of this principle is based on people willing to follow it themselves. This is not to be a top-down policy. Only then can the customers see the changes taking place in teams. Our largest customer currently employs 150 people from us. In total, we have 560 employees and revenues of 21-22 million dollars. The goal is to employ about a thousand people by around 2020.

What exactly do you do?

All types of applications: mobile, front-end and back-end. Many of our clients do not want to reveal their names, but one fairly familiar I can name is Vivino, one of the most well-known applications for connoisseurs of wine, several times recognized by Apple as one of the best mobile applications available at the App Store. The user can take a picture of a wine bottle label, exchange comments about it with other users, receive ratings, and in many places also order wine or photograph a wine list and receive information on the origin, price and quality of the given wine. Our largest client is a big British company operating in the sector of gaming and betting. Among other services, we create mobile and online solutions for them. But we also work with Accenture and HP. Often we work for product companies in the IT sector, but we do not focus on any particular technology, we simply build the best dedicated teams for our clients.

Do you have a client from Poland?

We do not have clients in Poland, we only have our delivery centers. 70 percent of our clients are European companies, 30 percent – American and Canadian. We would like to have Polish clients, but that’s difficult for now, as Poland has its own outsourcing companies. We employ approximately 110 people in Poland.

In 2020, it can be over 300 people. We employ IT specialists there – engineers, UX/UI designers, and scrum masters. Much depends on what a particular customer expects from us. We are looking for people that our clients require. We do care, however, that, for example, the balance between the percentage of women and men employed is maintained. We have obtained a 50/50 balance at the Lviv branch of the company since the beginning.

In an industry like IT, it is not always easy?

In the world the number of women is more or less equal to the number of men. For some reason it is like this. In the IT industry, preservation of this proportion is indeed difficult, especially in some areas. Developers are often men, but for example in the area of QA (quality control), HR, and others, we often employ women. I admit that we often primarily look for women in some positions, and there are various remarks on this subject. But this is how we maintain the desired balance in the company.  In Krakow, for example, we have a bigger problem finding women.  But that’s because we’re often looking for experienced Java programmers. There are women in this group, but they are far fewer than men and they shift this important average mark for us.

More and more is being said about the impending financial crisis. Do you see any signs?

I am not an economist, but it has been heard for a long time that there will be another one for sure, because we are still making the same and even more serious mistakes than before the last great crisis. Einstein once said that “the definition of insanity is doing the same thing over and over and expecting different results.” It is sad that people are so stubborn and stupid and that they do not learn anything from their own history. The same mistakes are made by politicians and banks. For politicians, political correctness is more important than taking the right actions, and I would rather not talk about bankers, because I know how they work. Some people earn unbelievable salaries there that do not justify what they do.

However, the IT sector lacks people, so the salaries of middle and senior specialists are growing rapidly. This causes some of these people to fall into arrogance. The crisis could shake them and change their unrealistic approach and expectations. That would be a positive side effect of the crisis, but I keep hoping that we can avoid it after all. 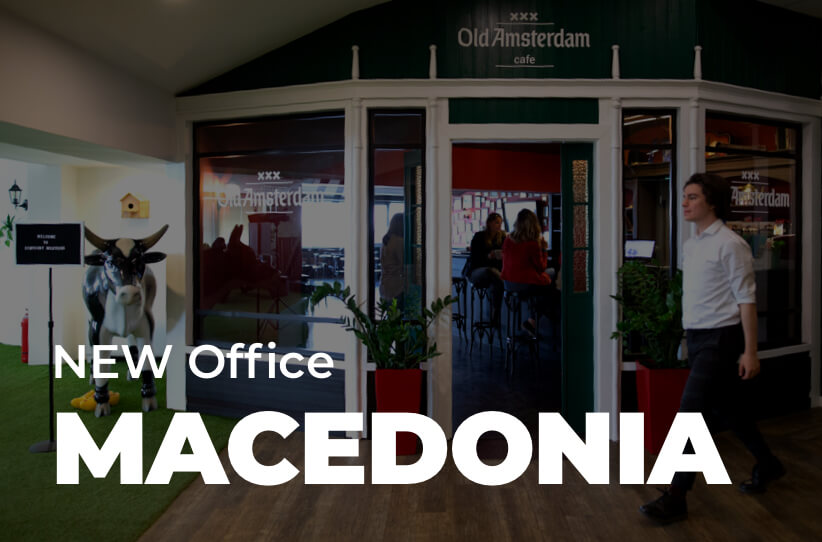 Symphony Solutions – among 50 Best Workplaces of 2017 by CIO Bulletin

We use cookies to ensure that we give you the best experience on our website. We record and store information to recognize your repeat visits and preferences, as well as to measure the effectiveness of marketing campaigns. By clicking “I Accept” or using our website, you consent to the use of cookies, unless you have disabled them. For more information view our Privacy Policy.I accept