Symphony Solutions supports Ukraine. “We will keep going for as long as it’s possible”

“Right now, I have to make sure that the company is functioning at the current level since the entire profit that we generate is donated back to support Ukrainians. We ask our people to try and work, regardless of the stress of their everyday life right now, because it is very important to keep the economy running. That is our fight – some fight on the battlefield, others work so that they have the means to help those suffering in this war,”

says Theo Schnitfink, the Dutch founder of Symphony Solutions operating within delivery centers in Ukraine and Poland, in a recent interview with Forbes on how the company has transformed in the new circumstances to offer help and support to local communities.

“We are now living a reality that otherwise would’ve only been found in movies,” says Theo Schnitfink, the Dutch founder of Symphony Solutions operating from delivery centers in Ukraine and Poland, on how the company has transformed in the new circumstances to offer help and support to local communities.

Forbes: Is it possible to run a business as usual in Ukraine? How is your company doing?

We are now living a reality that otherwise would’ve only been found in movies. Lviv, where we have our main delivery center, remains one of the safest places in Ukraine. However, even there people are regularly stuttered by emergency alerts that prompt them to run down to bomb shelters and basements. They live in constant fear. We regularly conduct remote meetings with our people, however, it happens so that they have to stop in the middle of a call because they can hear the alert and need to go seek shelter in a safe space. We also have a team in Kharkiv and the situation there is a lot more serious. Several Symphonians have already been drafted into the army and are fighting in the war. A lot of volunteers joined local territorial defence forces. Thankfully, they are all okay for now. Because it’s pretty much impossible to find an apartment for rent in Lviv right now, we have also launched initiatives to help refugees that are flooding into the city.

What are the initiatives?

Part of our office has now been transformed into a shelter for refugees. We purchased blankets, pillows, and other necessities. In the office, we have a shower, so people can clean themselves up, and in the office cafe, we provide food for the refugees. The initial idea was to make this a place for our own people and their families. We expected them to come en masse to Lviv from the East of Ukraine. Now we take in all refugees since the situation has gotten so dire. Some come only for a few hours, to eat and wash up, some stay for a day or two before they can take off for the border and leave the country. Of course, this is only in regard to women, since men aren’t allowed to leave Ukraine under these circumstances. I’m afraid, that in time our office will become a place of permanent stay for many of these people. And eventually, we will no longer be able to accept anyone new coming in.

Are the teams working as usual?

Yes, we are trying to work and manage the company as normal, at the same time, we continue to function in a state of crisis. Every morning there is a crisis team meeting. My managers touch base with their teams daily, wherever people may be scattered around Ukraine, and that is over 200 people that you have to stay in touch and talk to personally to know what is the situation on their side and how they’re doing. We ask if they plan on relocating and if yes, where to.

We have also split our daily meetings into two parts. At first, people in meetings would mainly talk about how they feel in the current situation and about safety. So we’ve taken that into account. Now, we start off briefly reporting on the situation and our people’s safety, then we talk about work – that’s what it means to work in crisis mode.

We have a lot of people in Kyiv and many other places around the country. Since the times of pandemic that made it a “thing” to work remotely – a lot of people are in other countries, such as Azerbaijan and Nigeria. Many of our Ukrainian teammates don’t want to leave their homes. These are very brave people.

What are your clients doing in this situation?

Almost all are contacting us asking if there is any way they can help and how we are doing. We have even started sending out a special newsletter biweekly with a general update on what is going on. Our latest issue was on the topic of what are various ways they could help us since we see this question pop up most frequently. I suggested donating to the Ukrainian army, which now has a dedicated bank account set up by the National Bank of Ukraine. We have made available a bank account where we are accepting donations that later go to our charity initiatives. Moreover, I have appealed to our clients to consider completely cutting ties with contractors and suppliers in Russia. The majority of our clients react very positively to all of the initiatives. Many offered Symphonians who work for their projects relocation to their offices abroad so that they could work from there. For the time being, of course, this is all in regard to women only. In Lviv, many people are opening up their doors to their entire families and friends who are escaping the war-ridden areas. I’m truly impressed by his unity and the will to support others.

In Poland, it’s all the same.

From what I know from my Ukrainian friends, they are really impressed by how they are treated on the Polish border. People bring food, provide care and transportation to any place in Poland. I’m really touched by this. We are also helping our Symphonians who want to move to a different country and continue working – we help them leave the country and find a place to stay once they are on the other side of the border. We also spend our own funds on purchasing any equipment that we can get for the army right now. After a hard pandemic time, the company was suffering financial losses, but it’s been turning out profit again since December. Right now, I have to make sure that the company is functioning at the current level since the entire profit that we generate is donated back to support Ukrainians. We ask our people to try and work, regardless of the stress of their everyday life right now, because it is very important to keep the economy running.

That is our fight – some fight on the battlefield, others work so that they have the means to help those suffering in this war.

In a situation like this, work can probably give you some sense of ‘normal’.

Yes, however, the most important thing right now is the safety of our people – only once that is secured, we can care about the company being able to function as normal. Our people can work from home, everyone has VPN, so they can do it from any country in the world. The key factor for us is good internet access. We know that Elon Musk is doing a lot of good in this regard, however, the first Starlink antennas are only accessible to the military and government for now. Internet access systems are the key for us today.

If the situation gets any worse, are your delivery centers in Poland and Macedonia ready to take in people from those other offices?

Yes, some of them have already taken up this decision. I’ve personally talked to people convincing them to consider moving, even before the war broke out. They could go work in our Polish office or in any of our clients’ offices. However, for the most part, people didn’t want to take up the opportunity, even though I argued that once they decide to make the move, they may find themselves in a 40-kilometre queue to the border. I’m not glad to admit that I was right. Now, many people want to get out but for a number of reasons they can’t. Part of our people made the move just in time, although that’s the minority.

For how long are you ready to go on in this mode?

It could’ve been longer if it weren’t for COVID-19, which exhausted all of our reserves and profits. But I intend to keep up this mode of work for as long as possible. For as long as people can work and complete their tasks, the business will keep going. Under the circumstances that we have today, I think, I could go on indefinitely. However, a lot depends on how many Symphonians will have to get drafted into the army. For now, it’s just a few people, but if it’s a hundred, I won’t be able to afford their regular salaries the way I can do it right now. Then, I will probably have to convince the team to give up a part of their salaries across the entire company. There are decent salaries in the IT field right now, so the question will be whether or not people will cling to them at any cost, or if they will choose employment security that would allow everyone to maintain the livelihoods of their families. And I would like you to stress one more thing on my behalf.

I’m calling on everyone involved to stop collaborating with Russian companies. We only had one such client, a Russian-American company, which with time transferred to the US but kept its Russian management. We have terminated our contract with them. Shell, Disney, Mastercard, Visa and many other big companies stopped providing their services to Russians. That’s as much as we can do to completely isolate that country. Of course, there are many people amongst Russians who had no say in this situation but unfortunately, these are the consequences of mutual responsibility. We need to send a very clear message to Vladimir Putin that what is happening now in Ukraine needs to be stopped as soon as possible. 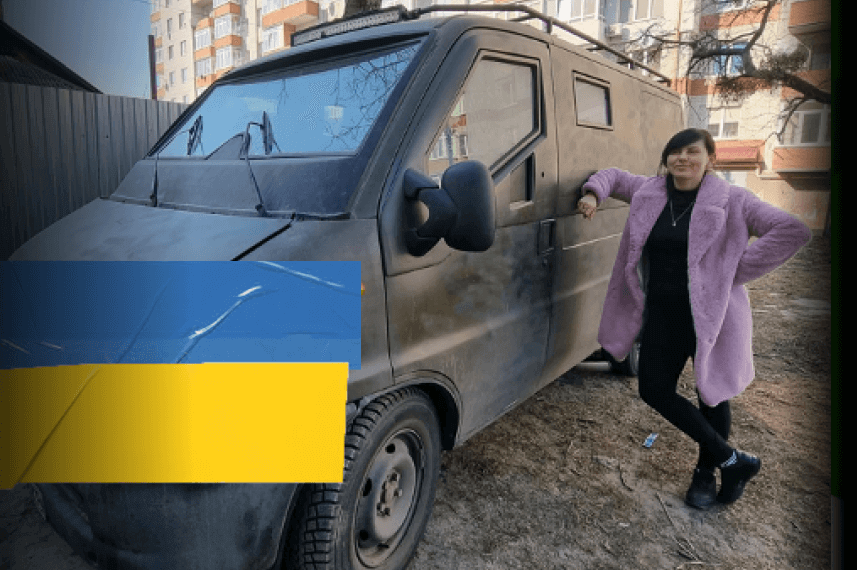 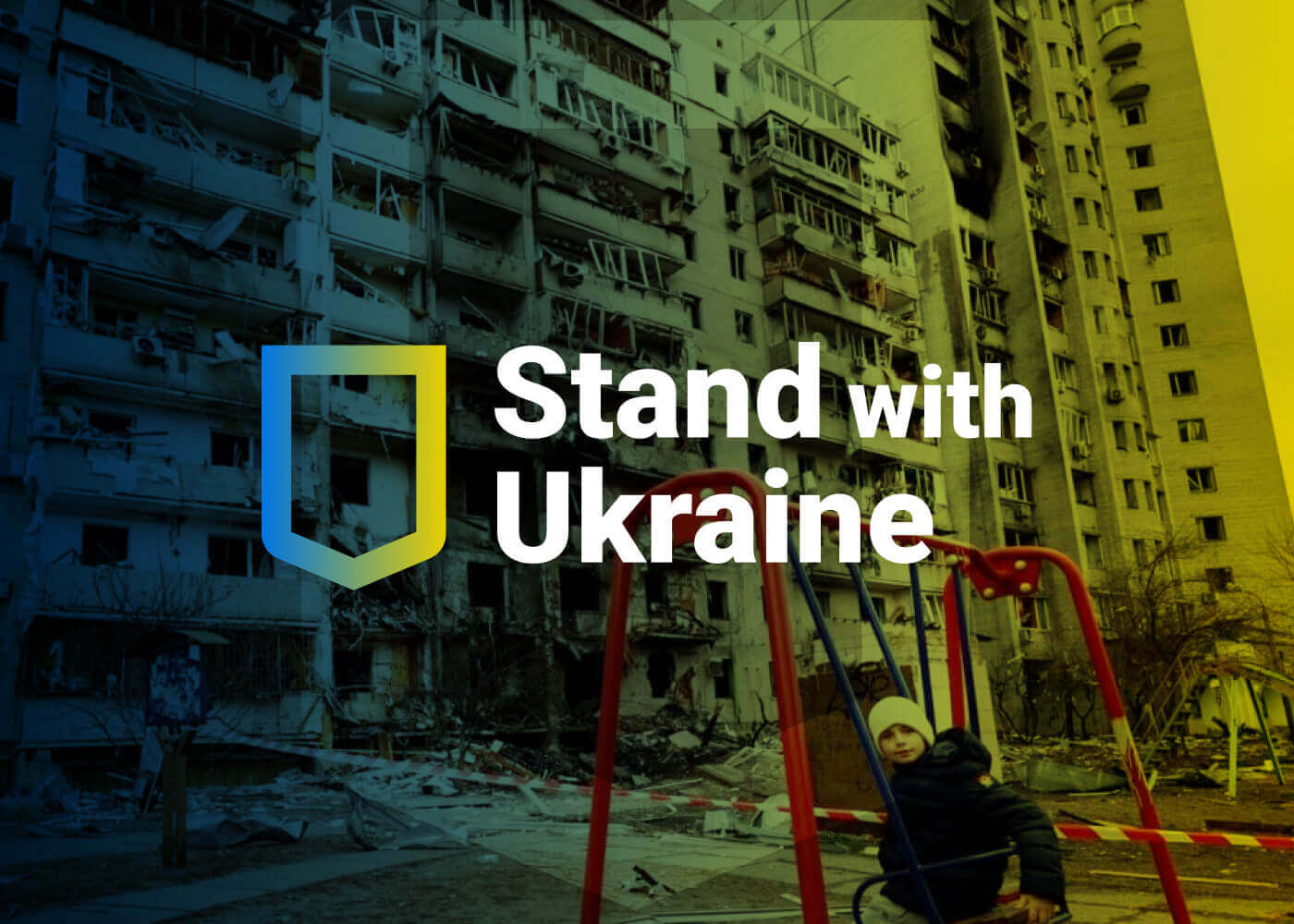